You are cordially invited to the Book Talk of  Prof. Ezra F. Vogel’s new book “History of Relations between China and Japan”. China and Japan have cultural and political connections that stretch back 1500 years. Prof. Ezra F. Vogel, one of the world’s most eminent scholars of China and Japan, reveals the important touchstones in the long history between the two countries and argues that for the sake of world stability, they must forge a new relationship for the 21st century.

Please find the event details and Speaker’s Bibliography as follows:

Speaker Bibliography
Professor Ezra F. Vogel, Henry Ford II Professor of the Social Sciences Emeritus, Harvard University. In 1973, Vogel succeeded John Fairbank to become the second Director of Harvard's East Asian Research Center. At Harvard he served as director of the US-Japan Program, director of the Fairbank Center, and as the founding director of the Asia Center.
His book Japan As Number One (1979), in Japanese translation, became a best seller in Japan, and his book Deng Xiaoping and the Transformation of China (2011), in Chinese translation, became a best seller in China. His book on the long history of Sino-Japanese relations (China and Japan: Facing History) was published in July 2019.

Please contact CUHK Press at cup-bus@cuhk.edu.hk if you have any enquiries. 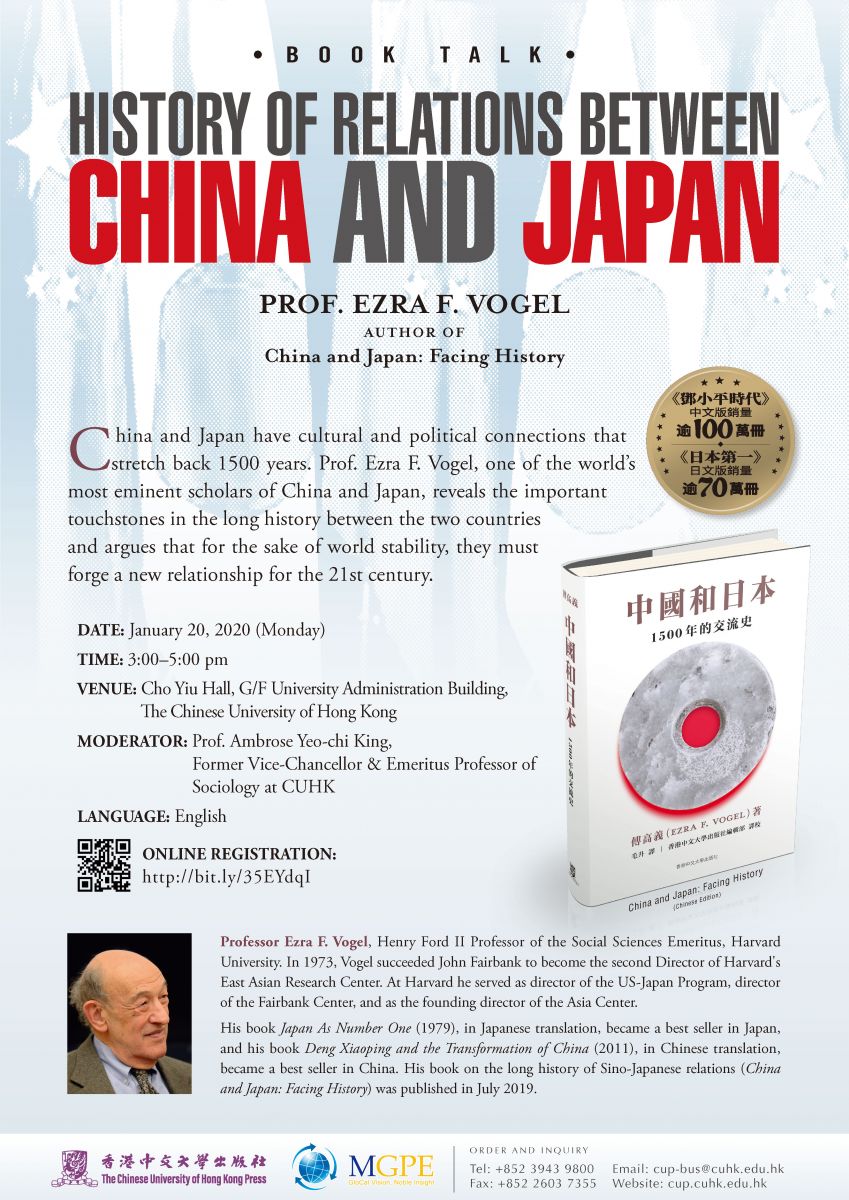